"Canada has one of the highest per-capita immigration rates in the world."

Canada is located North of the United States. It has ten provinces and three territories covering a total of 9.98 million square kilometers. As of 2019, Canada’s population is 37.59 million. Around 4.9% of the inhabitants are Aboriginals with the rest being immigrants and refugees. Presently, Canada has one of the highest per-capita immigration rates in the world.

Canada’s capital is the city of Ottawa located in the province of Ontario. It’s two official languages are English and French. Its currency is the Canadian Dollar (CAD). Canada’s government is known as Parliamentary Democracy where the Prime Minister is the Head of Government and Queen Elizabeth II is the Head of State. 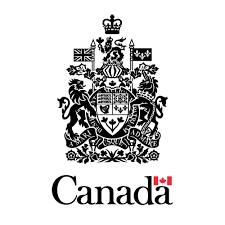 Immigration and Refugee
Board of Canada

In addition to being an immigration hub, Canada is one of the leading countries in welcoming refugees. On June 4th, 1969, Canada signed the Convention Relating to the Status of Refugees and its Protocol. Since then, Canada developed a track record of refugee intake that is considered advanced compared to other countries around the world.

‘we do our best, to be the best, and achieve the best’.

*Do not disclose confidential information in your correspondence. This service is for information purposes only. Legal advice will not be provided until you become a client of our firm. You will not be considered a client until our firm has agreed to represent you in accordance with the terms and conditions of our retainer agreement.

Please use the calendar below to schedule your consultation